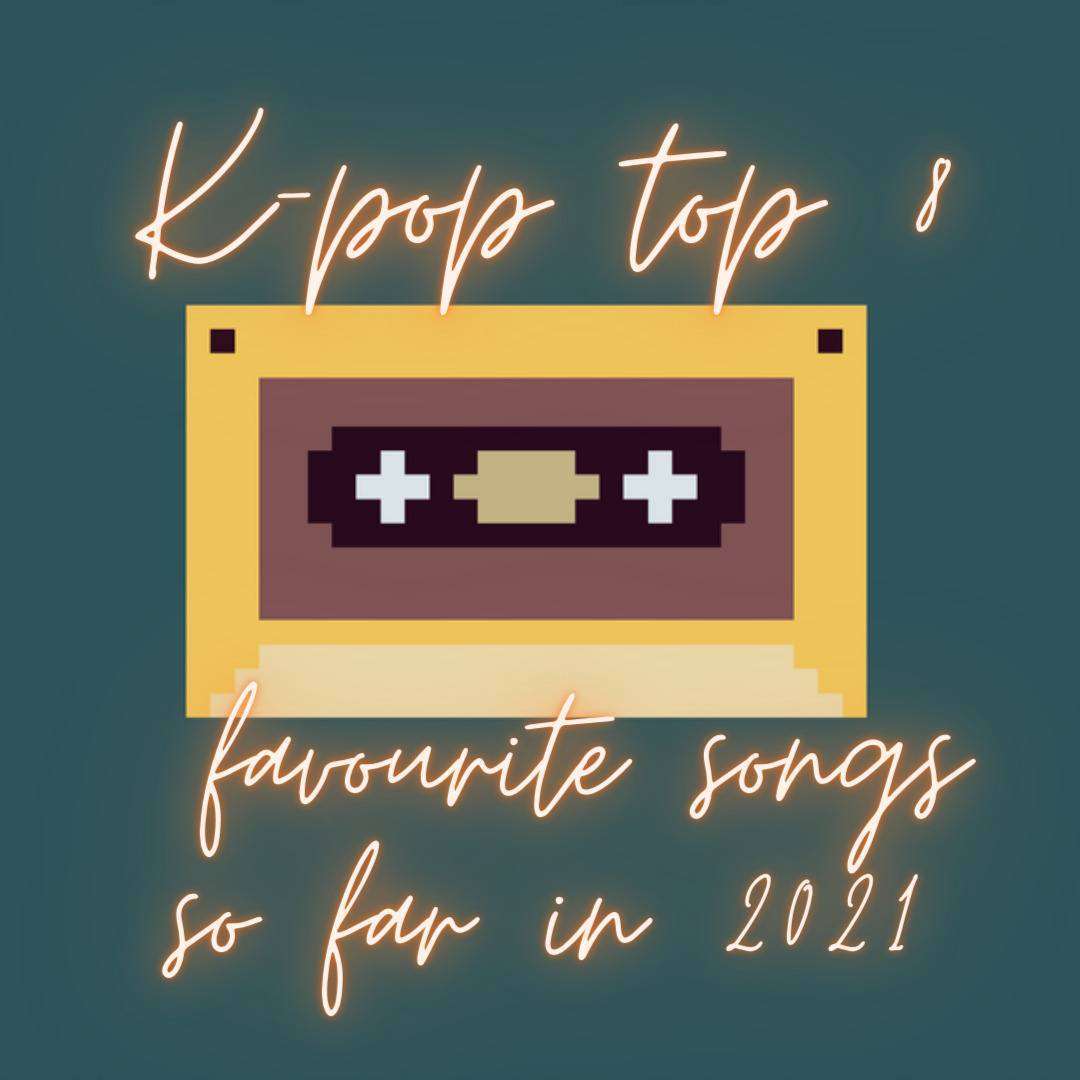 As a K-pop fan, you hear new and exciting music released every week. It’s a constant firework and a sensation that there are too many different varieties of candy to choose from. What I set out to do was a lot harder than I first thought; as a result, finally, I managed to select the top eight K-pop songs this year for this blog. I set the rules to choose only one song per artist/group, released in 2021.

These songs are my personal favourites, and the picked songs are constantly playing on my playlist. Many great songs were released this year that didn’t make this list here. You can check out a playlist on Spotify, “Blue Tucana Favourites of 2021”: more of my favourite songs are there. Some fantastic songs came out while making this blog post that I considered to the list but were new to me. Therefore I don’t know if they are favourites in the long run.

The music video and the dance choreography in K-pop are also substantial experiences. Therefore this has influenced my picks. I like to dance to K-pop songs’ choreographies in my spare time, naturally affecting my decisions. Also, I have tried to listen closely to the music production, sounds that I like, and new fun ideas for songwriting/music production projects.

Three years from their debut EP, “Treasure EP.1: All to Zero”, Ateez has become a successful k-pop boy group. “Zero: Fever Part.3″ is their 7th EP, and in South Korea, their records have sold over one million physical copies. The second single from the EP after “Deja Vu”, “Eternal Sunshine”, has been Ateez’s most-watched music video fastest to reach 10 million Youtube views in 18,5 hours after its release. The song is very upbeat and has an airy production; the melodies and harmonies are beautiful. I like the structure of this song: everything flows naturally. This song makes me feel happy and lifts my spirits.

This song, Billboard-topping banger, brings interesting melodies in a poppy summer song. The song is in English, with pleasant radio pop with vintage synth sounds and a modern twist. Many songs from 2020-2021 have had sounds of the 80s, and retro style in contemporary music production has been popular during this time. For example, songs like Brave Girls’ “Pool Party”, Woosung’s “Dimples,” Sunmi’s “You Can’t Sit With Us”, Weekend’s “Blinding Lights”, and Dua Lipa’s “Don’t Start Now” have all been influenced by retro sounds.

Butter broke many records this year: the song was the most viewed video and music video on Youtube as it premiered on May 2021. The song got over 11 million global streams in Spotify in just one day, and it became the most streamed track on Spotify in the first 24h of its release. The song went straight to Number 1 on the Billboard and stayed at the number one spot for more than two months. That’s a hit!

My favourite part of the song is the middle eight instrumental part and the rap section afterwards. I think the song builds to the chorus very nice after these parts, and you feel like dancing. The music video for “Butter” shows us BTS in different settings, casual, preppy and festive. Who can forget J-hope eating the butter at the end? Also, check out the collab with Megan Thee Stallion of “Butter”.

I had a hard time picking between the “Sneakers”/”Strawberry Gum”: I decided finally “Strawberry Gum (feat. Don Mills)” because I love the organic sound of this song. The song will sound great with a live band, for sure. This song has a super catchy chorus: I’m singing and humming this all the time. This song is pure pop in its most excellent, in my opinion. Ha Sung Woon’s vocals are fantastic, and I’m amazed at his dancing skills. This song has a fun choreography and music video, where you, of course, blow a piece of bubble gum. The album will be one of my favourites of 2021, I can tell already.

This song grew on me during summer 2021. I was puzzled at first does this sound good: there is a lot of overdrive in the song’s effects. But after listening several times to the song, I love it! The song has a great melody and hooks – the dark vibe is irresistible. The song has a chill verse that contrasts the big chorus. Enhypen is a reasonably new boy group: they were chosen in a television program called I-land and debuted in November 2020.

I’m listening to Enhypen’s first album, “Dimension: Dilemma”, released in October 2021. The album has varied musical influences: 90’s acid house, American college rock and house music vibes. I think I hear The Prodigy influence in “Blockbuster”  Check out the intro to the album on Youtube: British rave vibes! I love it! The new album has banging songs like “Go Big or Go Home” and “Attention, please!”. I think this album will be on my album favourites list this year.

Give me summer, dancing and happiness! This song is addictive: it has catchy melodies and fills the dancefloor. “Chi Mat Ba Ram” is a feel-good -song: I like the production in this song a lot. Brave Girls has been active since 2011, with lineup changes over the years, but they had their breakthrough to a bigger audience with the hit single “Rollin‘”. What is noteworthy is that “Rollin” is a hit in 2021, but the song was released already in 2017! “Rollin” went viral and Brave Girls released their EP, “Summer Queen“, this year, including hits like “Chi Mat Ba Ram “, “After We Ride“, and “Pool Party“. Brave Girls is a phenomenon in 2021, undoubtedly.

How can you make a sound like a dripping down hot sauce? You can find it in this song :). The song has a fantastic melody, hooks, dance choreography, music video and music production – the whole package is perfect in outstanding detail. “Hot Sauce” is a comeback single from their similarly named album, “Hot Sauce”, and repackaged album, “Hello Future”, has three extra songs added. There are many great songs on this album (“Hot Sauce”, “Rainbow“, and “Hello Future“), and for me, “Hot Sauce” stood out because it sounds original and fresh among all the songs released in 2021.

“Loro” mixes many languages: Spanish, Korean, Italian and English, which I can hear. This song has a reggaeton beat, and I love the dance choreography. Tri.be looks like a talented group, which could make a big hit. The group has debuted in 2021, so they are a new group, so I think Tri.be is a band to follow with interest, and I’m curious how they’ll develop in the future. They have released a new album, “Veni Vidi Vici”, in November 2021: check out their new single from the album “Would You Run“.

This song has cheery and optimistic vibes about love, so it is easy to listen to and pleasant. The music video’s visuals are bright and colourful, and the dance choreography connects to the song perfectly. “ASAP” has an interesting contrast in the song structure: there are fewer instruments and elements in the two-part chorus, which brings nice contrast and variation with the rest of the songs elements and sounds. I found this is a bit different what I have heard in a while and the dance choreography is so cute! StayC debuted in November 2020, and they just released their first EP, “Stereotype”, in September 2021, so they are a reasonably new girl group.

This song has grown on me: delicious melodies, and you have a modulation at the song’s end. This song is an excellent package with the dance choreography and the music video. The song is so good!

What are your favourite K-pop songs so far this year?