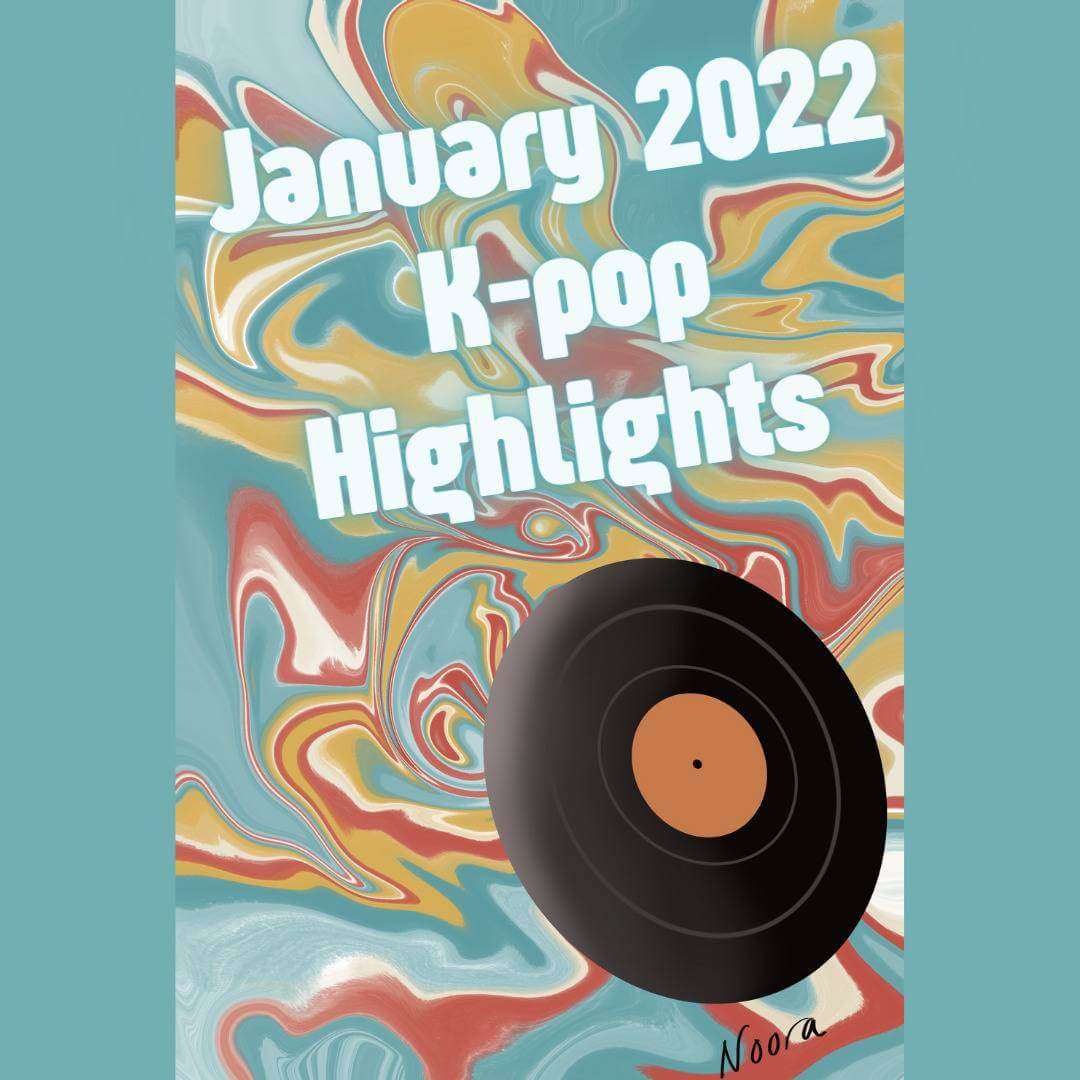 This month I’m introducing a new concept to this blog: I’ll be going through monthly highlights in K-pop from the previous month. The themes will be loose and various, depending on what was exciting and inspiring the last month, such as comebacks and concerts. This is a very subjective list in my viewpoint and is just a shortlist of exciting things, as many things are happening all the time. It is often challenging to keep up with all the songs and events in K-pop happening. So these are my personal thoughts and a condensed version of monthly highlights that I’ve come across.

What has been going on musically at the start of this year for me? Besides writing new songs, I’ve been working on songwriting and producing skills. And also, I’ve tried to stay inspired and motivated, which I wrote about in my January post. Also, my music streaming platform changed this month after ten years of listening to music from Spotify: I switched to Tidal. I feel that the payments to my favourite artists and groups are fairer on this music streaming platform.

The future of music streaming is open, and it is good that there is research and honest discussion about this topic. When I switched from Spotify to Tidal, I noticed that the sound quality is way better with the same monthly cost. I really could hear the difference, which I didn’t know when I changed the service. You get a notice from Tidal which groups/artists are your most played for the month, which is a cool plus to the service. The only problem is that not all artists and groups have their all songs in Tidal that Spotify has. So there is a difference in the selection of song catalogues.

Wanna One made a special performance at the 2021 MAMA, performing their songs “Energetic”, “Burn It Up”, and “Beautiful (Part.3)”, which was an unreleased song. This stunning performance reunited the band, a project group, for the first time in three years. The song is a gift to the fans who waited for their return – and what a song it is! The highlight in the MAMA performance was for me “Beautiful (Part.3)”, and I’m so grateful that it was released as a digital single and music video. Such a beautiful K-pop moment in 2021 and 2022 definitely. Hopeful melody and great vocals from the group members makes you want to listen to this song on a repeat.

“Athletic Girl” is an addictively good song from the new girl group called H1-Key.  When the band debuted in January, there was controversy over one member. At first, I didn’t really notice this song. I heard some song snippets and had to check it out. The lyrics are tongue in cheek (I guess) and confident – I think this will be a good workout song. The 808 bass in this song sounds really good, and it fits here well: there is a good contrast of heavier sounds and lighter synth sounds in the music. The production and the vocals are in a good balance with each other. I like the tension and release built in this song. For me, that makes this song so addictive.

Kim Jang Hoon is a singer who has released many albums during his career, and he is known for rock ballads. Kim Jang Hoon released at the end of January “Ice On Fire”, a rock song with a great melody. The guitar riff stands out in this song; I love it! There’s a super catchy chorus, and the song is melodic guitar rock. The live performance for this song at the Music Bank show with the group Rolling Quartz looks fun. I’ll definitely be checking out the new album from Rolling Quartz, who made their debut in December 2020. They have released their new album this February 2022 called “Fighting”.

“Chronograph” is the single release from Victon’s 3rd single album: the song is groovy and upbeat, with some funky rhythm guitar, which makes this really enjoyable to listen to. Victon has been an active group since the 9th of November 2016. From time to time, I like to see the “it’s Live” -channel on Youtube and there, I found Victon’s “Chronograph” as a live version. The live version brought out the song’s great melodies, a funky groove and an excellent performance from the group.

There are so many good dance choreographies every month in K-pop. But I’ll try to pick which I like here in the blog, even though it’s tough as many good ones are out there. I decided to choose “Dessert” for January because I liked this choreography. There are lovely details in the movements and smooth moves combined with sharp ones. The dance moves fit well with the song’s dynamics. I also like this song, which has funky pop vibes. Kim Yo Han is part of group WEi, and the song “Dessert” is from his solo mini-album called “Illusion”. WEi caught my attention last year, 2021, with their upbeat song “BYE BYE BYE”.

K-pop B-side of the month by P1Harmony “Bop”

P1Harmony released their third mini-album “DISHARMONY : FIND OUT,” at the start of January. The main single from the album is “Do It Like This”. The song “Bop” on this album is really catchy, and there’s an 808 bass again. The vocal harmonies in this song are really perfect. This songs’ chorus is now stuck in my head. In addition “Bop” has an excellent dance choreography.

I think we need some positivity and optimistic vibes in these difficult times. Your positivity boost for January comes from Yena. Yena made her solo debut with the song “Smiley”, featuring BIBI in January, and she’s a former member of the group IZ*ONE. I think this song is a perfect pop-rock song with a strong melody, and the music video is so cute and fits the song perfectly. The snowstorm in the music video is just like this winter in Finland (almost as bad!), which is just hilarious – we’ve had heaps of snow coming all the time. The snowstorm in the music video seems to be a metaphor for overcoming your troubles.

January’s themes for me in K-pop seemed to be 808 bass, funky grooves and great melodies. I’ll have the highlights as a Youtube playlist on my channel, so you can check the highlights quickly all at once if you wish to do so. I hope you all had an excellent Valentine’s Day if you celebrated it this February and I hope you’re all healthy and safe! 🙂